Doing Las Vegas when your family eats a WFPB diet, with little to no oil may seem like it’s a contradiction, right?  What is Vegas if not gluttony, alcohol and excess?  Well at one point I would have agreed with you because Mike and I had a long, glorious Vegas history.

Our Vegas history started back when we were omnivores, living in Flagstaff, AZ.  We’d go about 2 times a month during the winter months to get away from the cold and snow.  Mike was newly out of his fellowship, we had extra money for the first time and we had a lot of fun.  We were newly into wine as well and spent a lot of money on wine pairings and ridiculously expensive dinners.  We’d go for 4-5 days and come back 5-6 pounds heavier, lose the weight just in time to go again.  It was quite the cycle. 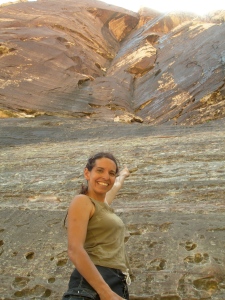 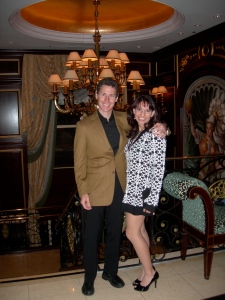 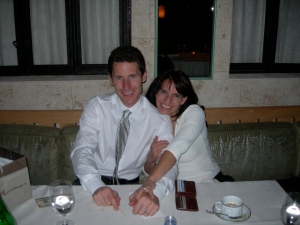 After having children and moving to the inland Northwest, we rediscovered Vegas but as vegans and it was a bit different.  Thankfully, Steve Wynn was a new vegan and had directed all the restaurants at his 2 hotels to have several vegan options if not a whole vegan menu.  Eating was very easy and we did it a lot, still gaining the vacation weight, having to lose it.  It just seemed to be what we did.

Somewhere in the midst of all that, Mike started reading Joel Fuhrman’s book Eat to Live and shared it with me.  We had started eating plant-based by mostly replacing favorite foods we’d loved with vegan versions.  It was delicious but not necessarily healthy.  ETL changed all that.  Reading that book was like reading a  scientific journal with all the citations and references.  Reading him sent us to read more from Neal Barnard from the Physicians Committee, we found Jeff Novick, Dr. Greger and many others that showed us definitively that while being vegan was wonderful and the best decision we’d ever made, it didn’t necessarily mean it was healthy and by doing our yo-yo way of dieting, by eating a high fat, high salt diet, we were stressing our bodies almost as much as if we’d stayed carnivores.  It seemed a change was in order.

Change we did!  I’ll spare you the various permutations of how often we shifted our eating styles but the basics have shaken out to be this:  We keep it simple, we rarely eat out and we stick to whole foods as much as possible.  Most of our meals have a starch of some kind, vegetables, beans and some kind of sauce.  We don’t do a lot of food porn recipes (and I’ll get into why in a future post; google pleasure trap if you want a sneak peek) and we don’t spend a lot of time making our food.  It may sound boring but it’s anything but.  With all the varieties of grains, tubers, greens and sauces, I never feel like I have the same meal twice.

You would have thought that once we made that change that Vegas would have been out.  After all, Vegas is all about excess: it’s food, drink, shows, more food but somehow we managed to pivot and still enjoy our time immensely.  We stay on the strip but we usually stay at Vdara which is a hotel that was originally going to be a condo hotel which means it has kitchens!  We arrive, check in and immediately make a run to Whole Foods.  We use canned beans instead of dried, maybe do boil in bag brown rice instead of the longer cooking type, hummus, and Whole Foods no oil dressings instead of our own sauces but other than that, we transplant our home routine to Vegas.

Now, you may wonder, “Where’s the fun in that?  I don’t go on vacation to just do what I do at home!” and I totally get it.  The first time we vacationed this way I felt a little cheated and more than a little resentful.  I was used to feeling entitled to eat whatever I wanted, and I didn’t see how we’d been doing it as problematic.  It took a frame shift and it didn’t happen overnight but when we decided to make the switch to not having our vacations being about a week long cheat day and more about the experiences we wanted to have, it was so much better.  Coming home feeling bloated and fat was never fun and had begun to feel less and less worth it.  Coming home feeling as light as when we left and without the drain on our wallet was completely without downsides.   We still go out to eat a couple times (we love Panevino and Vegenation!) but since they aren’t fighting for recognition in a week long eating free-for-all, we really enjoy and appreciate those meals.

We apply this way of living whenever we go outside our homebase.  We relocated our household to Seattle for 3 weeks while Diva went to a summer day camp and we used these same tactics to explore our home away from home.  We rented a house, did a big grocery shop to get us started and branched out from there. We did eat out at a few restaurants but with our way of doing things, we returned to Spokane feeling the same and weighing the same.  And instead of having to go on a diet to lose 5-10 pounds, we were able to pick right up where we left off but with brand new memories to cherish.